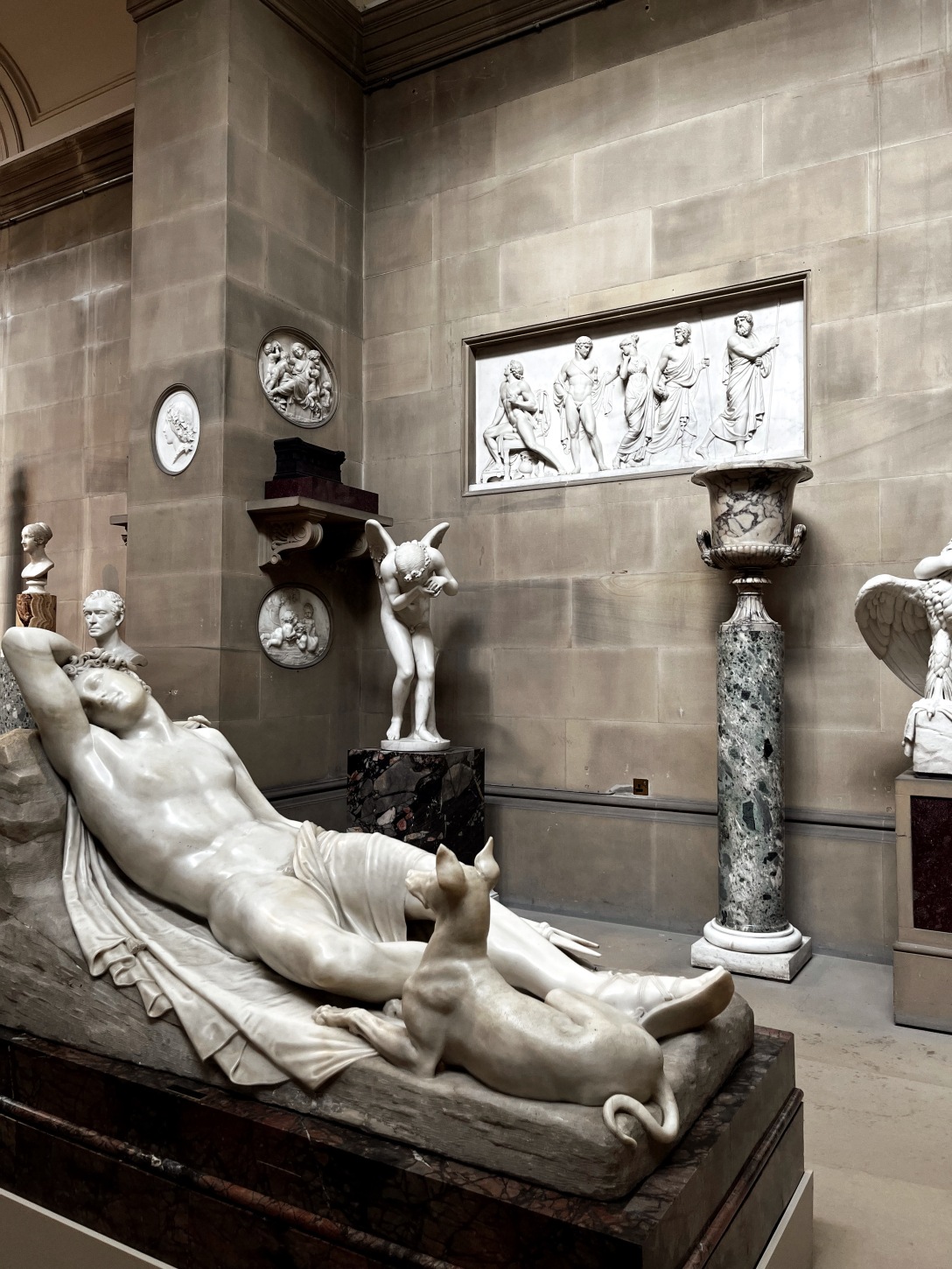 These two spaces were our last stops in the house. The Great Dining Room is a wonderful mix of old and new, this room exuded an opulent history along side modern elements. This room is only used a few times a year for exclusive, formal dinners and the first to be held was for Princess Victoria when she was only 13. The 6th Duke of Devonshire was said to be quite anxious as this was to be Victoria’s first formal dinner with adult company, and so he had a fully-cooked rehearsal the night before so everything went accordingly; I think that is so stinkin’ cute. Honestly the more I hear about the 6th Duke, the more I adore him!

never feeling too large: it is like dining in a great trunk, and you expect the lid to open

The 6th Duke of Devonshire

The portraits adorning the walls here are all brought in from the Devonshire House in London. While there were so many incredible portraits in this room, including multiple portraits painted by Sir Anthony Van Dyke (1599-1641), the centrepiece of the room for me was the family portrait between the two fireplaces. It depicts the Dowager Countess Christian Cavendish with her sons William and Charles, and her daughter Anne. It was painted by Daniel Mytens (c. 1590-1648). Said to be quite a strong and trailblazing woman of the time, it feels right to have this portrait central to the fireplace – almost commanding and overlooking the room.

There is so much more I could write about this room but the heat was really getting to me now and we needed to duck out and seek refuge with a rest and some hydration.

Our last stop of the house was the sculpture gallery and oh my, you could feel the coolness of the stone in this room. It was so refreshing after so much stuffy air trying to preserve the rest of the house. The sculpture gallery was created by the 6th Duke between 1818-1834 and is still displayed as it was at the end of his lifetime, in 1858.

I really enjoyed the Sculpture Gallery, but took an interest in the sleeping figure with his companion dog watching over him as the body seemed so ridiculously white and my art history brain just couldn’t stop looking at it. I later learnt this is one of Canova’s pieces that had been commissioned by the 6th Duke in 1819, when he was given no real instructions or guidelines to work with as the duke simply wanted the sculptors creative genius to be fully unleashed. The result is this Endymion, a sleeping shepherd boy being accompanied by his dog; and I later read online that the boys body was highly polished to appear as though the moonlight was beaming upon him.

The gallery was originally going to be adorned with richly-coloured marbles in the walls however this idea was quickly abandoned due to its expense and the idea that it would distract from the pure, white marble statues. Instead a matte, gritstone was used which I think produces such a beautiful space and one that would set any ‘light-academia-tumblr-heart’ aflutter! As I previously mentioned, it was also really cool and fresh in this room which was such a welcome change.

Although I didn’t manage to get a decent photograph –I blame it on my height– there are large statues of sleeping lions at the end of the Sculpture Gallery. They are set upon tall pedestals so they are quite imposing in their stature. Copies of Canova’s originals on the tomb of Pope Clement XIII (1693-1769) in St Peter’s in the Vatican, they couldn’t help but remind me of the lion sculpture on George Wombwell’s tomb at Highgate Cemetery.

Once we done in this Gallery, we made way for the gift shop, purchased some postcards and went on the hunt for some well-needed food, drink, and rest. We desperately needed to re-energise before we could face exploring the gardens!

*If you haven’t seen the previous posts on Chatsworth you can catch up with those here.