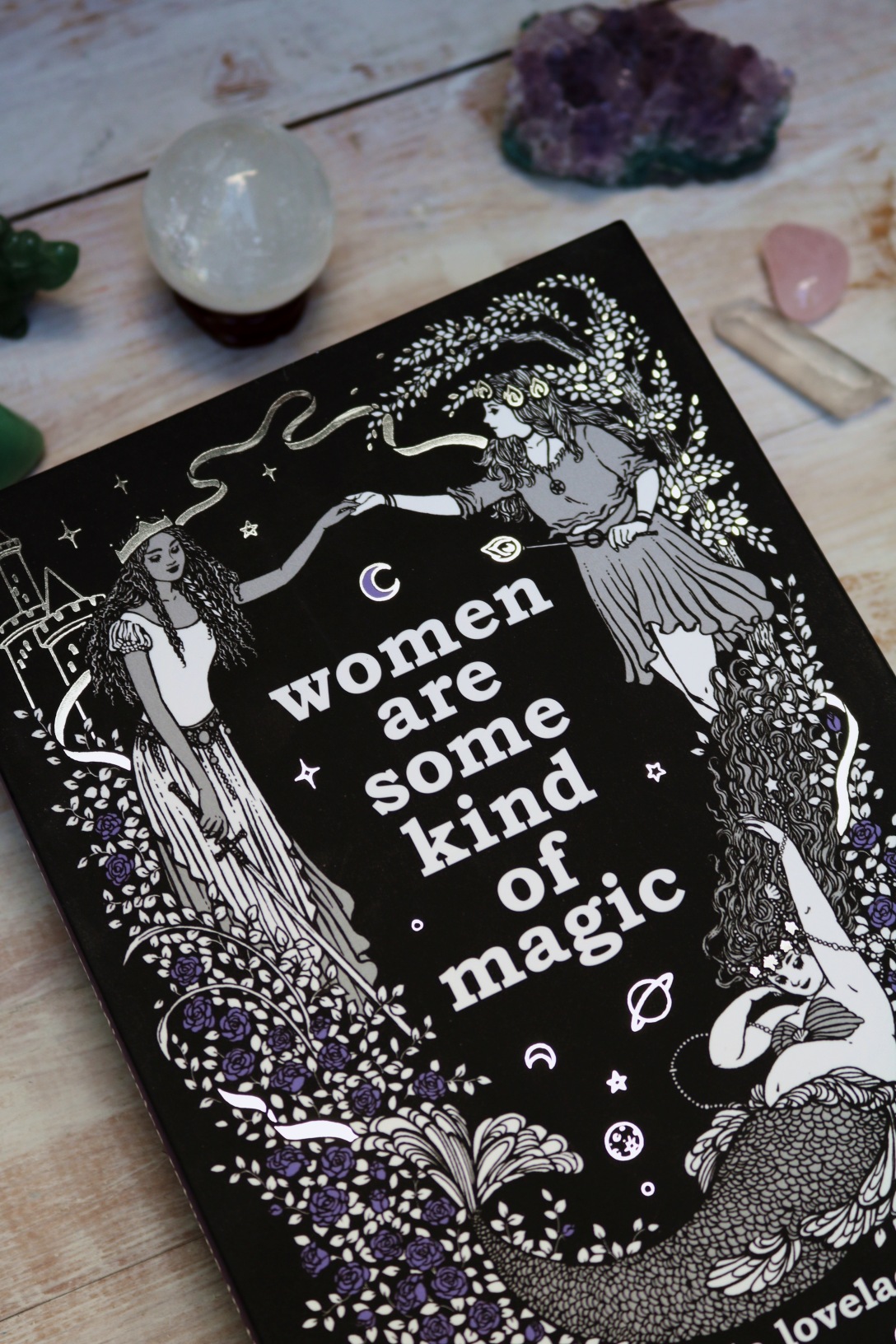 The Women Are Some Kind of Magic boxset of books was something I had wanted for some time when I received it at Christmas from my partner. I’d say while I enjoyed some poetry here and there, I really got into it last year as the pandemic hit. Quite frankly poetry was the only thing that calmed my mind enough to go to sleep after hearing the evening news or weekly briefings from our government, which often included some form of statistically charts. This would have my head on a never ending merry-go-round of anxiety which then would hinder any chance of those sweet zzzz’s.

I had already found the beautiful work of Lang Leav (post to come on that gem of a wordsmith) but it took me awhile to find Amanda Lovelace. Now I could fob you all off and say I was busy with other books but ima be real – I had seen her books before, even had a flick through and really didn’t feel drawn to her material. I go off gut instinct and magnetism a lot whilst looking at books/materials by ‘new-to-me’ authors, and that just wasn’t there. Cut to when everything had opened up and those statistic figures soared again in the autumn/winter, I felt entirely different and that’s how I ended up being blessed with some of her work for Christmas.

Women Are Some Kind of Magic is a trio of books including; the princess saves herself in this one, the witch doesn’t burn in this one, and the mermaid voice returns in this one. Now, overall Lovelace’s work is beautiful. Her words have a rawness and authenticity to the emotion behind them that I don’t think anyone could fake or even try to emulate. I will say also, they are incredibly direct and definitely don’t beat around the bush. Lovelace tells it and tells it straight, and I’m sure that can be a bit jarring for some readers but I absolutely loved it. The three books compliment one another really well yet each brings something entirely different and could stand alone.

the princess saves herself in this one

This was the first book I read by Lovelace. It was a perfect taster of her work to come; just an overall beautifully curated book. I find her work definitely has a darker tone and subject matter but I found this book (like her others) has a narrative journey to follow throughout the course of the book. Her work in this book is very much centred on the themes of pain and healing, love and loss, and the overall idea of female power, or lack there of in certain situations. I will say that the tone lightens towards the end which makes the experience of reading it a bit of an emotional ride but one that has you wanting more of her work.

the witch doesn’t burn in this one

Now this addition to the trio was both my favourite and least favourite all at once. It’s main theme I would say is female empowerment and resilience in the face of judgment, mistreatment and even abuse. The imagery this book conjured in my mind was exquisite. The whole concept of individuals or a coven of women as a whole rising from the flames, even being emboldened by them is an attractive one for me. When I say it is also my least favourite, what I mean by that is that some of the poems are just a tad too angsty and almost man-hating for me. I don’t like using that word at all because I think feminists are unjustly labelled that far too often however there is truly no other way I can illustrate how I feel. Some of the poems just tip-toe on that boundary for me. Having said that, some of her poems in this book are among my favourite pieces of her work and just portray such feminine wisdom; one that I’d love every coven of strong women to possess.

the mermaid’s voice returns in this one

This final instalment to the collection was filled with a lot of pain and scars from abuse, especially that surrounding sexual abuse. As the poems progress, Lovelace takes you through the emotions from abuse and the memories that follow, and then ultimately the healing that comes after. The last section was probably my favourite. Labelled as the surviving, this portion of the book reels in a vaiety of other poets, all women, who’s work comes together to champion the overall message of the book we have a voice and we will use it. This book definitely came at a perfect time in our social culture and I think had so much more depth to the content given the #MeToo movement. I will say that while I enjoyed this book, I didn’t feel as connected to the material in it like I had with the previous books; and I would say because of this, it does not stand out to me as much.

I would also like to point out that while all these books are wonderful, some of the themes are quite grown up so I would give it a read before gifting to a young person or maybe even ask their parents/guardians. All of these books come with a trigger warning at the beginning of each of them so I would be mindful of that. Regardless of all of this, I would definitely recommend this trio of books to anyone interested in poetry, especially modern poetry or free verse.

Have you read any of these books? What did you think? Let me know.