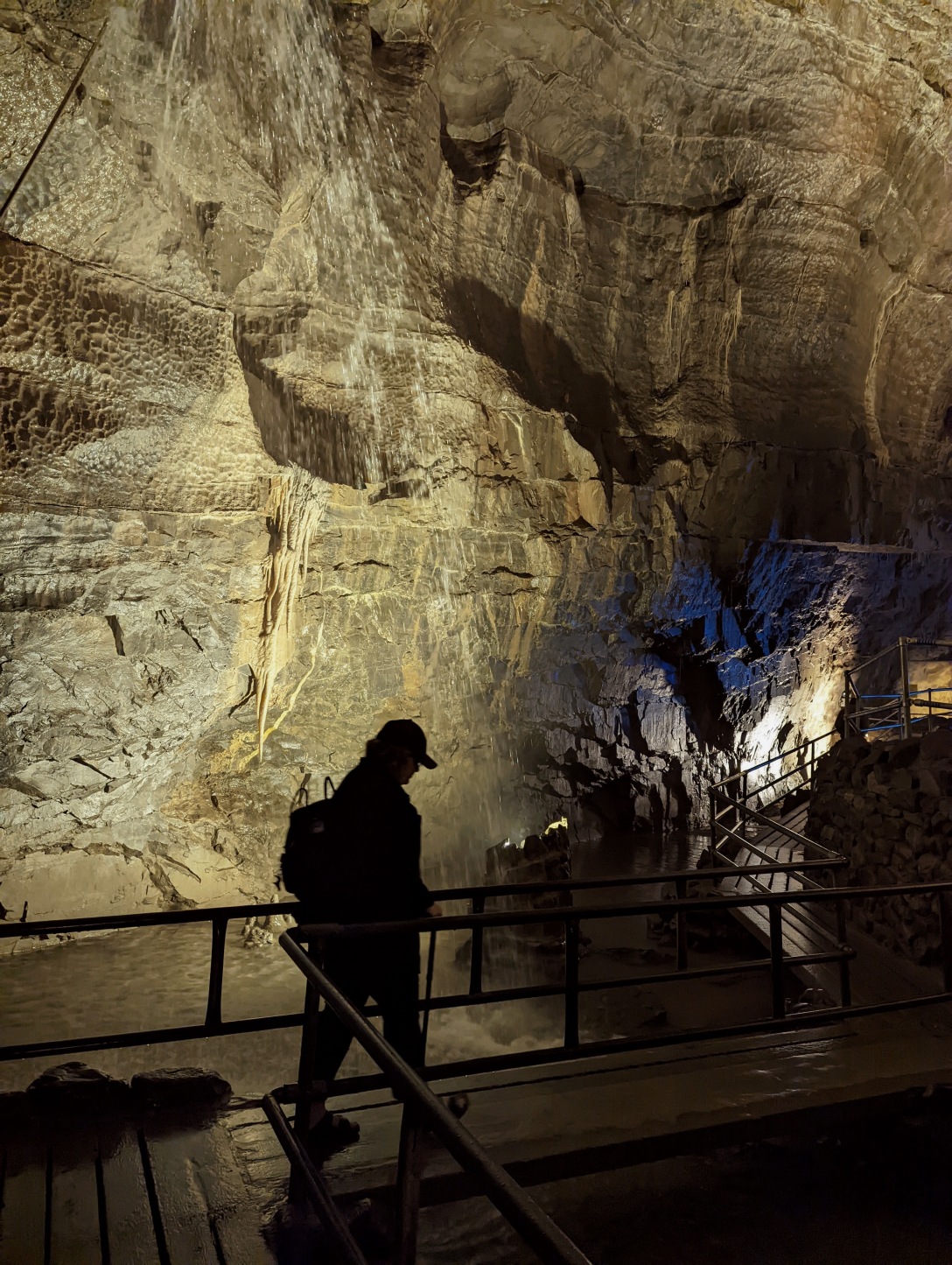 The last full day of our time in Wales back in July was spent as the National Showcaves Centre for Wales. Now I’m not going to lie, I have no facts or info to share on this place at all. Before going I checked out the website a little but that was all. It was the choice of a friend of ours who wanted to go ‘check out some caves‘ and so this was the winner.

There’s quite a bit to explore here including animal centres at the bottom of the hill and life-size figures of dinosaurs and prehistoric creatures around the site but like I say we were mainly here for the caves. There’s is three in total; Dan yr Ogof, Cathedral Cave, and the Bone Cave. I skipped the first one due to feeling quite ill and burnt out at the end of our trip but was coerced into the two others. Like I say, I don’t really have any information or facts to share about this place so instead I wanted to simply share the photos from here.

The Cathedral Cave was pretty cool. It had some out-dated, sketchy looking diorama figures and audio to begin with but overall the cave was pretty cool. Note: you do really need sensible shoes when visiting. I had taken my walking shoes but had opted to wear my Birkenstocks as I was sure I’d sit all these out and just chill but, like I said before I was coerced into these so took it slow and steady; with the help of my walking stick and a bearded boyfriend guiding me too.

The Cathedral Cave also had classical music playing throughout to portray its amazing acoustics and even a level platform at the end where they hold wedding ceremonies. It was impressive.

We then took a bit of a break once we surfaced, and then set off for the next cave: the Bone Cave. It was up an incline and there was very little space overhead. It weren’t ideal at all but with the help of my stick and a hardhat, I managed just fine. I did feel like a haggard-hunched over witch hobbling along though.

It was okay inside the cave but nowhere near to the scale of the Cathedral Cave at all and again, had some out-dated figures and diorama’s but we did find it comical.

While in the cave, I was actually scared by what I thought was a moving figure but turned out to be just a worker who had been following us around and shutting up all the caves after us; so once we were out, we set off down the hill. We took this stroll a bit more gently and headed to the carpark to set off for dinner. We had a really great time away but I was so ready to come home by then.