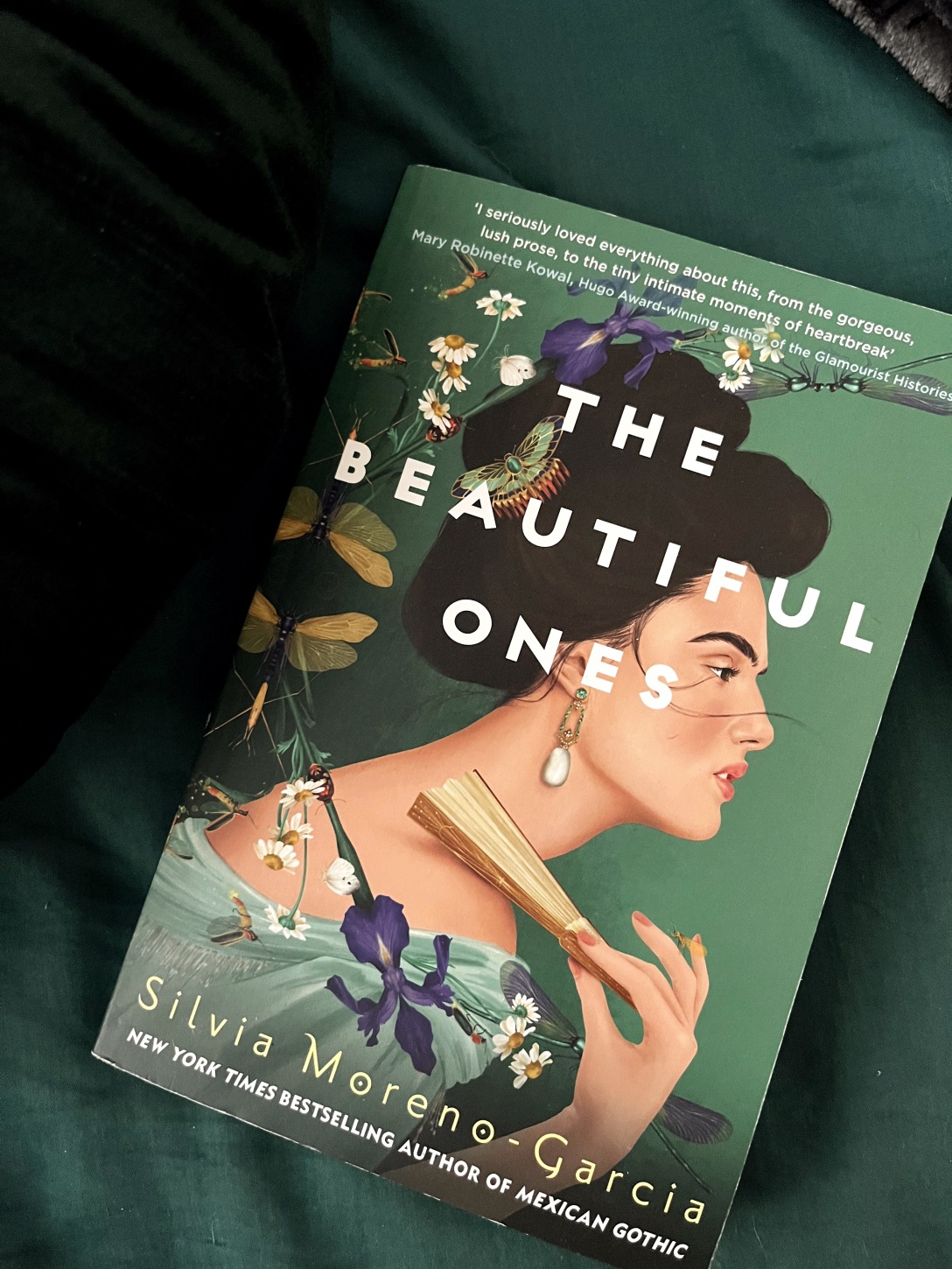 The Beautiful Ones are those high, desirable socialites with illustrious names and many trying to join their level of prominence in society. For most women, this is through marriage and with the Grand Season upon everyone in the city of Loisail, everyone is trying to make a desirable match; including Nina. Under the tutelage of her cousin Gaetan and his well-connected, highly esteemed wife Valerie, she embarks on the season in a clumsy, hap-hazard manner and in the process comes across Hector Auvray. As a well-known telekinetic entertainer Hector and Nina, someone who shows talent in this area, strike up a courtship only for past secrets to be unleashed, hearts to be broken and a whole host of manipulated schemes to unravel along the way.

This book was beautiful and romantic in so many unexpected and understated ways. It’s very much a tale revolving around etiquette, old-fashioned morals and decorum –there’s even a duel! It’s split into two parts and has short, fast-paced chapters which made it all the more digestible and such an enjoyable read.

Not love at first sight, because those fancies were best left for books and songs, but she had extended her hand and invited him to follow her into a dance, and he had found after a few steps that though he had never danced it before, he did not want to stop.

I found this book to be so atmospheric. The description of the places and settings, even the outfits and fabrics were mesmerising and so vivid. It did have a nostalgic feel to it that reminded me of my experience reading The Night Circus which is still to this day one of my favourite books.

One element that I really enjoyed, and stood out the most for me was the character development. All the characters have really strong arcs which I appreciated so much. Nina starts out as a young, naive, somewhat quirky and free-spirited girl and then slowly becomes such a controlled and poised woman; starting to fit in with the other young desirables of Loisail. Hector goes from an awkward and almost cold figure to a clumsy, loveable and lovesick man, while Valerie goes from a collected, ‘it-girl’ and the epitome of chic to embittered, and becomes an envious b!tch. I must say, the way the character of Valerie was written was so well done. For me, she is so venomous, so cunning and cruel but brought so much to the story that was necessary and needed. She’s that character that you love to hate.

While I do think this book had a heavy love triangle going on, I would challenge it and even say there was another person in this dynamic too. Yes the love triangle and secrets along the way are so messy and you can’t help but feel intwined in it all, I do think there’s another in the loop. Gaetan’s affection for his family and Nina, and his desire to do right by them is so strong and warm vs his dynamic with Valerie, which is quite cold and distant in contrast. Before the writer even reveals certain elements of their courtship, you can tell this is a marriage of convenience and dynastic gains rather than a deep romance; which only serves to embitter Valerie.

I must admit this is my first of Silvia’s work and I can’t wait to read more by her, I think Mexican Gothic will be my next read but I have heard the tone and genre is very different. I thoroughly enjoyed The Beautiful Ones and I’m sure I will revisit it at some point in the future. If you enjoy romantic fiction I would definitely recommend this one, ever more if you enjoyed The Night Circus too.