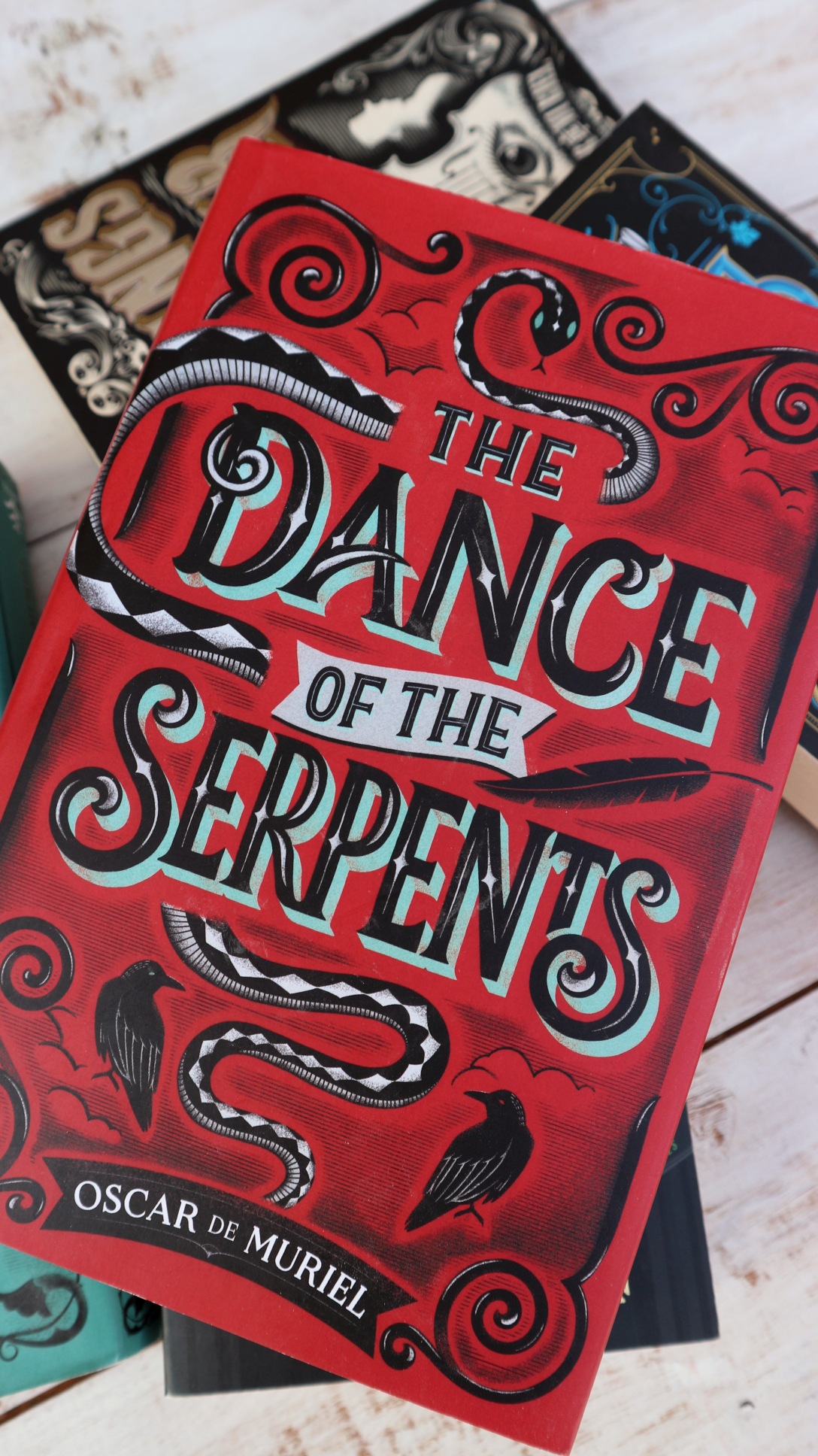 The Dance of the Serpents, Oscar de Muriel

Ah, another incredible addition to the Frey & McGray Series. The Dance of the Serpents is a delayed follow-up of the events from the second book in the series, A Fever of the Blood. If you’re new around here you can check out my reviews of the previous books here, however I will give a brief overview of how this book relates back to the second.

A Fever of the Blood deals with the Lancashire witches and ends with McGray killing two of those witches who just so happen to be Queen Victoria’s go-to-guys for contacting her late husband. The Dance of the Serpents commences with the prime minister informing the detective duo of this and the Queen’s desire to see them both dead. The calculating prime minister comes up with an ultimatum for them though. He offers them full resources and a few of his chaperoning goons to accompany them in hopes that they can find some of the scattered members of the witch coven; who could potentially fulfil the Queen’s desires in the occult. This quest is no doubt Frey & McGray’s most dangerous yet, with both various witches trying to kill them along the way as well as the Prime minister’s goons sabotaging them at every turn.

Note: spoilers from here on out, proceed with caution.

Overall this book is a wonderful addition to the series. It has everything you would want to a Frey & McGray tale; clever and tense plot twists, complex characters and an intriguing storyline to suck you in. I will say that given how it relates back to the second book, I doubt very much that it could standalone and wouldn’t recommend it to someone without them having experienced A Fever of the Blood.

The storyline was impeccable. I must admit reading Oscar de Muriel’s previous works have trained my eye to scrutinise every twist and turn of his tales, scanning for any clues as to whose responsible but this book just completely side-swipped me. It was intricate and beautifully curated – Muriel truly left nothing to chance.

How could you do this? This book is a relic! It was already ancient when Henry VIII chose his first trollop!

Frey & McGray make for a hilarious duo. Ever witty, sarcastic and just all-round perfectly contrasted to one another and yet completely in-sync at the same time. The balance between the two characters is just spot on. Every book I feel like I notice shifts in their dynamic and how they’ve become more in tune with one another. Not just them but also their households have this terrific dynamic which is just amazing to behold.

Caroline Aldglass makes a stunning return. She is a key part of the story but also a great addition to the duo. She has such knowledge and wit, challenging the detective duo whilst also assisting them and just all round kicking things up a notch by being a total badass b!tch. There were moments of tension between her and Frey, like a mild, victorian version of Rachel and Ross from the Friends. Ultimately, I loved her in this book and would love to see her become a permanent character in future books.

Other characters I really appreciated were the return of some familiar witches such as Nettle and Oakley. I found it really interesting having the followup with them and seeing how their lives turned out after the chaos at the end of A Fever of the Blood. The prime minister, Lord Salisbury and his goons were the epitome of high-up, elite tw@ts that you really want to opportunity to smack in the gob. I mean, Boss was so irritating to me. I yearned to see him get killed in the most violent of ways. The depiction of Queen Victoria was so humorous to me. Just the whole bratty vibe was spot on for me.

Overall this book was just brilliant. Almost everything was spot on for me… BUT, yes there’s a but. I have a slight issue with the ending. Usually Frey mentions the reports and papers they’ll have to file following the events, and the various inquests, etc but this had none of that. Instead the book comes to a close as Frey has retreated to his Gloucestershire estate to recover from the hectic events. McGray visits him saying he guessed Frey wouldn’t be returning, to which Frey replies no ***GASP/HORROR/SHOCK/BETRAYAL… never ending plethora of mixed emotions***. McGray, touchingly, seemed dejected and I joined him in the mutual feeling. The prospect of no more additions and therefore, no more adventures for the duo is quite a bleak one for me although I am hoping it’s Muriel’s cunning plan to make Frey return with gusto to a sarcastic McGray saying “thought we got rid of ye, dandy”. In my mind that’s how I want things to unravel but if not, I’ll be quite happy with just the promise of more to come. (…as I’m about to schedule this post, Oscar de Muriel has actually made an announcement about the next addition to the series. I won’t go into it but I’ll just leave a lil link here for you).

Now I’ve never actually published my fave of the series in order, despite having discussed it at great length with my unwilling boyfriend; but I think I want to do that here (favourite-least favourite).

I, as you can probably tell, love this series of books. Let me know what you think of them, I’d love to know.

1 thought on “The Dance of the Serpents”