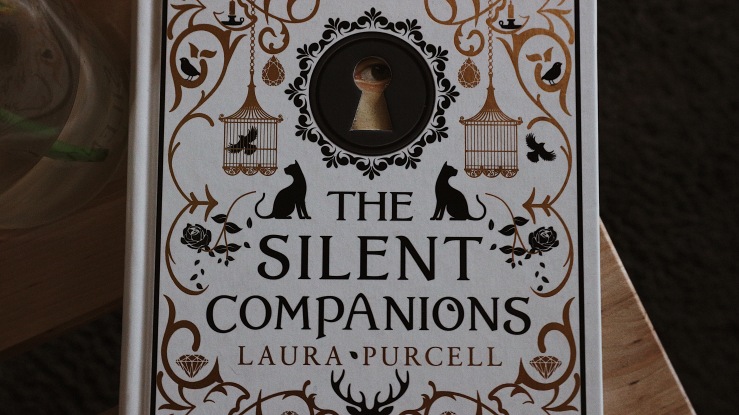 You know those little recommended reads based on books you’ve bought on Amazon? Sometimes they really are amazing. This was one of them. This was an impulse buy and to be honest it was money well spent.

Elsie, newly married and newly widowed, finds herself sent to her husbands estate, The Bridge, to see out her pregnancy. She finds the servants of the estate indignant and the locals suspicious and unwelcoming. Elsie’s only company to see her through the dismal days ahead of her at the estate is Sarah, her late-husbands cousin. Within her first few days in residence, she discovers a locked room with beyond it holds a two-hundred year old diary and a wooden figure (a Silent Companion), resembling Elsie. What follows is a string of unnerving and terrifying events, including peculiar events and horrific deaths which is so vividly written it will give you chills.

I can’t recommend this novel enough, especially for those who love plots revolving around the Gothic genre. It plays around with the supernatural and black magic, which set against the nineteenth century adds a darker and more sinister effect to it.

*Spoilers Appear Beyond This Point – Proceed With Caution*

This gothic read was a quick read, not only because of its’ plot but also its’ writing and setting. Framed by a narration from an asylum, it drew you in to the story and made you crave the knowledge of events and what happened to Elsie. Another element I really loved was the sections throughout the book rewinding back two-hundred years to the first ancestors of Bainbridges’ at The Bridge. This essentially represents the information and events within the two-hundred year old journal which illuminates what is happening with the Silent Companions in such a vivid way. It honestly sends chills through you, and adds to the pace of the novel and events.

Have you ever read The Silent Companions? What did you think?
Cheerio for now!

1 thought on “The Silent Companions”