Spring has always been the time we attach to the idea of new starts. The bitter winter weather subsides, nature buds its bright blooms and new life comes in the form of cute farm animals. I’ve never been all that fussed when it comes to spring. For me, it’s that odd time of the year when you don’t know whether you need to take a jacket out with you (what am I saying? I live in England, you always need a flipping jacket). Regardless of the fear of fashion faux-pas, and how stressful this spring has been for me, I have actually enjoyed it.

There has been a lot of change in my life lately. It’s almost as though everything has been stored up over time and now I finally have to deal with it all at the same time.

First of all, my year of studying Creative Writing has come to an end. I submitted my last assignment in May and that is it until I start my next module in October. Next year I will be studying a module called Reading and Studying Literature with The Open University, which will be my fourth module towards my degree. I’m looking forward to it, however, there is an exam at the end of the year which I am already nervous for (I get extremely anxious when it comes to exams). 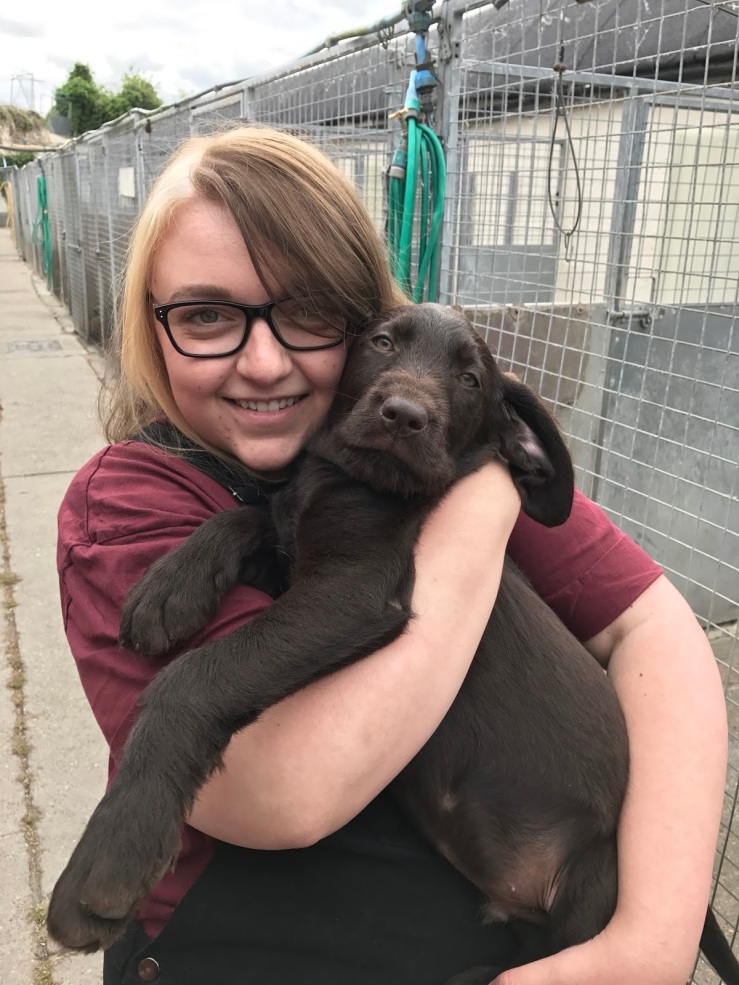 Secondly, we have still not moved into our new house which is frustrating, to say the least. I have been living out of bags for five months now, and have lost a note of where most of my belongings are packed. Having said this, I have noticed what pieces that I own mean the most to me or are of the most use; and therefore, I have decided that once we are finally settled I need to purge a lot of my clothes and belongings. Another change in the family is that we have a new four-legged pal. His name is Vinnie and he is a fourteen-week-old chocolate Labradoodle. He is extremely laid back and very calm but has huge paws so we think he will grow to be a big dog.

And finally, I come to this space. I feel as though this place has taken a bit of a back seat for the past seven or eight months. I’m not going to make any excuses but I will say that I’m not okay with it. Throughout the rest of the year, I want to make more of an effort to be consistent and present with this space. However, I will say that while my life has and is changing in many ways -this space will too. As much as I love writing my book reviews and scouting out natural beauty products, I’ve also taken more of an interest in slow and minimal fashion as well as slow living in terms of interior. I’m looking forward to getting back into the routine of posting regularly. 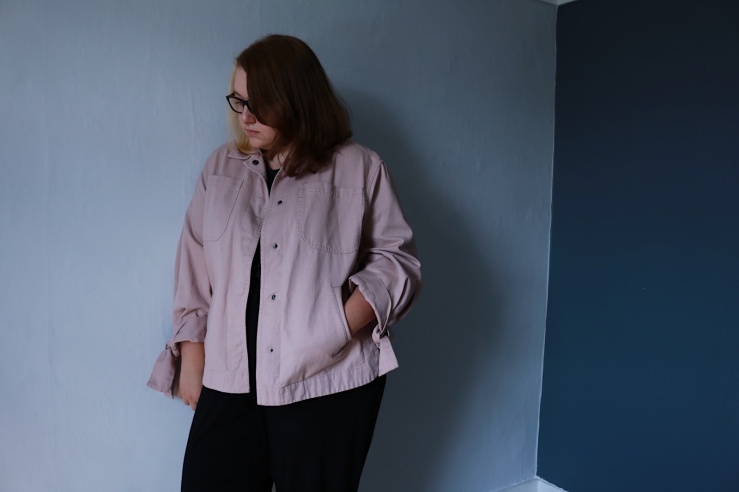 Recent Favourites:
As always there are so many favourites I could put here (I’m thinking I should probably start producing dedicated ‘favourite’ posts). My Pink jacket, I purchased from ASOS, has come in so handy throughout Spring. English weather has been notoriously unpredictable so having a handy dandy, light jacket like this has been a godsend. It also goes with most of my clothes, which are predominantly grey and black. Another favourite is my film camera I picked up from Camden Market. It is a Halina 35x, originally released in 1959, which I picked up for £16! The last time I used a film camera was when I’d take disposable cameras with me on school trips so I’m looking forward to trying to master the art of film (I will no doubt write a post going into my film camera, and how I’m getting on with it, sometime soon).

I have been listening to a lot of podcasts and Spotify playlists. With drives to the beach becoming more frequent now the warmer weather is here, podcasts and finding new music on Spotify has been a reoccurring pattern. At the moment I am loving listening to the Unexplained podcast (I have a post coming up soon which mentions this more). I also have been blaring a lot of Of Monsters and Men and Oh Wonder lately, along with more recent finds like Coco and The Butterfields (my new loves) and Lord Huron.
Enjoying:
I know this sounds super cheesy writing this but, I suppose the thing I have been enjoying the most this spring is time spent with my boyfriend. New relationships are always exciting but due to the ‘hectic-ness’ of my life lately, time spent together has seemed extra special. Probably my favourite memory from this spring has been seeing Coco & the Butterfields at the City Sound Project in Canterbury. That day was pretty great, plus I got him to get a glitter beard which was amazing.

Star Wars -yes, you read correctly. Having recently visited the Star Wars Identities exhibition at the o2, I needed to make sure my Star Wars knowledge was up to scratch. I had caught sections of certain movies, but never sat and watched the whole duration of any one given film to pick up the narrative or who the characters were. I have to say, Chewbacca and the Ewoks are my favourites. Another thing I have been enjoying watching is a series called The Tudors on Netflix. Growing up I loved anything to do with Henry VIII, his wives and children; so I am absolutely loving this series. I am nearing the end, but I do hope that they continue producing series’ that follow the reigns of Edward, Mary and Elizabeth (*spoiler, I don’t think they will. Waaa).